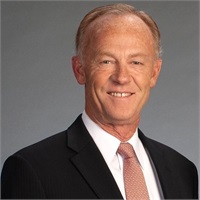 Michael has provided both tax and financial planning advice to his clients for more than 30 years. He is a Certified Public Accountant (CPA) and a CERTIFIED FINANCIAL PLANNER™ - professional. Michael graduated from Carthage College in 1978 and began his career in Financial Services as an accountant. In 1981, he became a CPA and in 1988 he earned his Certified Financial Planner™ certification. Michael then spent the next portion of his career working for CPA firms and a wire house brokerage firm. This provided him the opportunity to see the business from different perspectives. Michael then founded Frank Advisory Services, Inc., in 1994, with the goal to provide multiple financial services under one roof. He brings a refreshing pragmatism to his client relationships, cutting through the non-essentials to achieve the desired goals. Michael holds multiple licenses including Series 7, Series 63, Series 65 and Series 24 securities registrations; as well as an Illinois Life & Health Insurance license.

Michael has been a resident of St. Charles, IL, for more than 25 years. He has been an active volunteer in numerous organizations including: Greater St. Charles Chamber of Commerce, Baker United Methodist Church, St. Charles Noon Rotary Club, Illinois CPA Society and the American Institute of Certified Public Accountants (AICPA). He is an avid baseball fan with a keen understanding of the game and he also enjoys spending time with his family and the five grandchildren he shares with Debbie.